OzU has been honored with numerous awards in recognition of its sustainability efforts. These awards include the world-renowned prestigious awards such as World Economic Forum and Green Metric.

Özyeğin University succeeded in becoming the 72th best university in the world in the general ranking of “THE Impact”, which was announced for the first time this year by the London based higher education rating institution THE (Times Higher Education) and evaluated by 550 universities from 76 countries. Özyeğin University, one of the most important values of which is 'sustainability', has taken its place as the “Turkish university with the highest social impact” in terms of the contribution made by universities to the United Nations to achieve the Sustainability Development Goals of the United Nations. 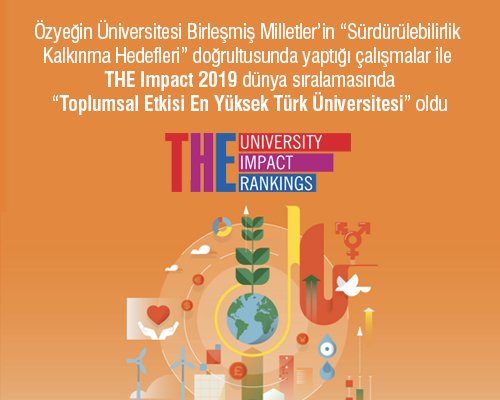 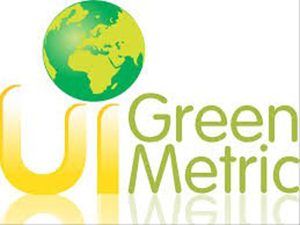 OzU’s sustainability awards are not limited with the above. OzU has been listed on the GreenMetric rankings since 2015. GreenMetric is an initiative launched in 2010 by the Universitas Indonesia in order to evaluate and rank the universities all around the world based on their environmental impact.

The ranking assesses and ranks the world’s greenest universities based on 6 (six) main indicators including environmental setting, energy and climate change, waste, water, transportation, and education.

OzU was ranked first among the Turkish foundation universities in the GreenMetric rankings in 2015. OzU was placed third in the same category in 2016 and 2017.

Özyeğin University was honored with three awards by Triple- E- 2020 (Awards on Entrepreneurship and Engagement Excellence in Higher Education), the premier awards program initiated by the Accreditation Council for Entrepreneurial and Engaged Universities (ACEEU) to draw attention to the social contributions of third generation entrepreneurial universities.

Among all the universities in the Asia-Pacific Region, Özyeğin University was:

•         HONORABLE MENTION WINNER in the “Community Engagement Initiative” category in recognition of its NextGEN project. 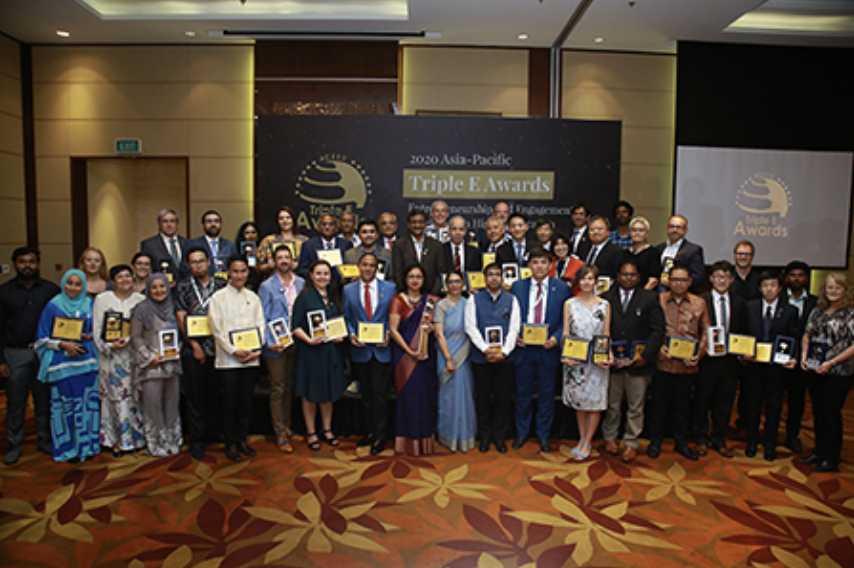 Every year, ISCN-GULF chooses the best sustainability practices at universities during the World Economic Forum. OzU was shown as one of the best practice examples successively in 2016, 2017, and 2018, marking a great achievement. Furthermore, OzU is the only university from Turkey that was listed among the best practice examples. OzU was honored with this accolade in recognition of its “Sectoral Education Program”, “Innovative Three-Layered Sustainability Education for the Business World”, and “Law Clinics” in 2016, 2017, and 2018, respectively.Official reports for these awards are available at the following links:

IMSAD Investing in the Future Challenge: At the IMSAD Turkey Member Meetings on Thursday, February 28, 2019, the winners of the IMSAD Turkey Investing in the Future Awards were revealed to recognize the best practices in sustainability.  Overall, 27 projects were evaluated in three categories: Economics, Environment, and Social. The CEEE team from Özyeğin University was awarded the first prize in two categories.  The CEEE team was honored with the first prize in the Economics and Social categories in recognition of their BRICKER and NEXT-GEN projects, respectively.  The awards were received by Prof. Dr. M. Pınar Mengüç, CEEE Director, and Ms. Yasemin Somuncu, senior researcher, on behalf of the CEEE.

TÜBİTAK Innovative and Entrepreneurial University Index:  Since 2012, TÜBİTAK has been annually ranking universities based on their performance in entrepreneurship and innovation, and publishing the results as its Innovative and Entrepreneurial University Index. The ranking assesses and ranks the universities based on 5 (five) main indicators including scientific and technological research competence, intellectual property pool, cooperation and interaction, entrepreneurship and innovation culture, economic contribution and commercialization.

ISCN Honorable Mention Award: The unique model OzU has engineered for sustainability was presented as a model from Turkey for the first time during the annual 2014 International Sustainable Campus Network (ISCN) Conference co-hosted by MIT and Harvard universities. OzU was selected as a global finalist, and was honored with the Honorable Mention Award in recognition of its unique model.

IBM Global University Awards: In 2011, OzU won three of the prestigious IBM Global University Awards as a result of IBM’s worldwide evaluation and assessment. OzU received two of these awards in recognition of its sustainability projects. First, Prof. Dr. Pınar Mengüç and Dr. Pınar Özuyar were honored with the “IBM Smarter Planet Innovation Award” in recognition of their project “Coherent Teachings of Energy, Environment and Economy to Build Smarter İstanbul 2050” . The project seeks answers to the questions such as “How would global warming affect one of the world’s largest metropoles such as Istanbul? What would be its economic implications? How would such a radical change in Istanbul due to global warming affect the region? Can Istanbul’s environmental problems be thought or solved separately from energy or economy?” Under the roof the CEEE, the project brings together stakeholders from public and private sector through a series of workshops to offer a holistic approach to the topic with the “Zero Istanbul 2050” initiative led by the CEEE.

Erkan Yönder from the Faculty of Business at Özyeğin University, and Avis Devine from York University, Canada were honored with the 2018 Nick Tyrrell Research Prize by INREV, IPF and SPR, the leading real estate investor associations in Europe, in recognition of their project “Decomposing the Value Effects of Sustainable Real Estate Investment: International Evidence”. The prize is awarded annually to applied research in real estate investment. Avis Devine and Erkan Yönder presented their project and received their prize during a panel discussion organized in London, on March 8, 2018. The second award, “Shared University Research Award (SUR), was presented to Associate Prof. Neşet Hikmet  in recognition of his project “Center for Business Analytics and Performance Management.” Associate Prof. Neşet Hikmet aims to develop an integrated system for a decision support and resource management in health sector.

A social diversity project to increase LGBTIQ+ awareness, prepared by OzU Psychology Department third-year student Uğur Cihat Özküsen, has been carried out under the umbrella of the OzU Sustainability Platform Social Equality Cluster. The project was prepared under the scope of “The Study of the U.S. Institute (SUSI) Student Leaders" Program, organized by the Meridian International Center in partnership with the U.S. Department of State.

Our Faculty of Law 4th year student, Miray Güldalı, ranked 2nd in the short film category of the Zero Waste Comptetition organized under the auspices of Ministry of Environment and Urbanization Directorate of Education and Publications with her short film she shot for the "7Day Challange Project".  The details for the competition, whose theme ispreventing waste, are available on the organization's official web page: www.sifiratikyarismasi.com.

Go Green in the City

Elif Gizem Tunçel and Ebru Tatar, Mechanical Engineering Master’s Degree students at Özyeğin University, and researchers at the Center for Energy, Environment, and Economy (CEEE), qualified to be among the top 12 finalist teams out of 19,722 teams that participated in the “Go Green in the City” challenge. Ebru and Elif Gizem were also presented the “Women in Business Award”.